June 3, 2020
Title
My scars are a part of me, but they do not define me - Childhood candle burn injury caused third-degree burns to over 40% of her body
CATEGORY:Blog
Description 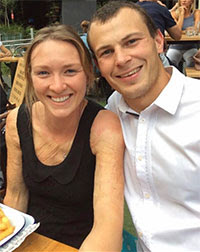 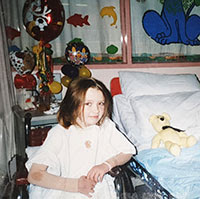 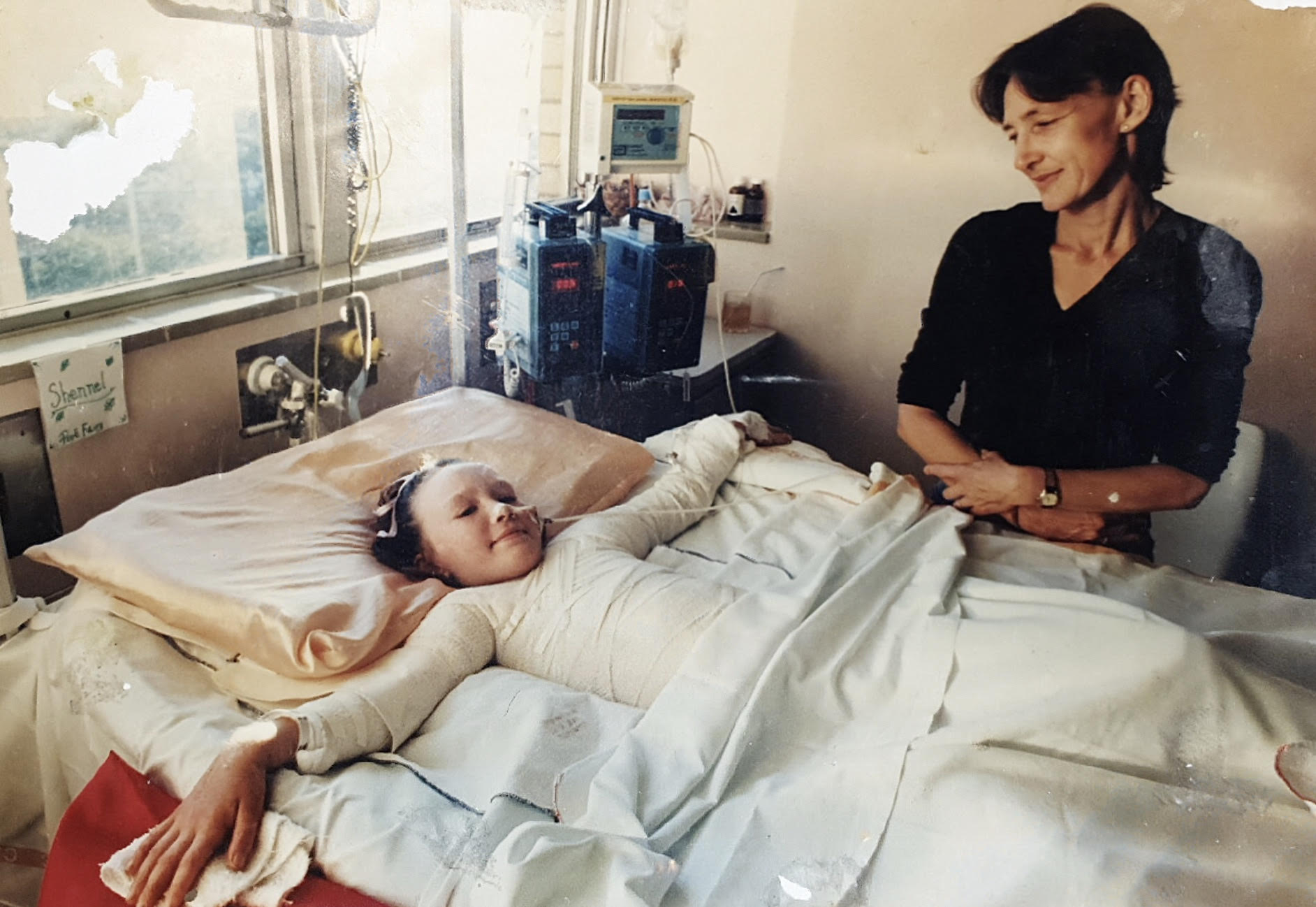 Shennel Martin has joined forces with Kidsafe to share her story as part of National Burns Awareness Month and help raise awareness of burns prevention.
Nearly twenty-five years ago in the small coastal town of Port Fairy, eight-year-old Shennel was happily playing in her room. She had lit her first communion candle and placed it on a dressing table.

Turning her back to continue playing, she discovered that her t-shirt had caught fire when the flames whooshed up in front of her. Scared and panicked, she ran outside as she “didn’t want to burn the house down”, however this sudden movement escalated the flames which quickly travelled up her body.

It was the quick thinking of her 10-year-old sister, who instructed her to stop, drop and roll, a life-saving action Shennel had not previously learnt, that helped put out the flames. With assistance from her family and neighbours, she was then wrapped in a towel to extinguish her now disintegrated t-shirt. “In a way I was lucky, as it could have been a lot worse”.

A shocked Shennel was taken to the local hospital by ambulance, then airlifted to The Royal Children’s Hospital due to the severity of her burn injury. This marked the beginning of a two and a half month stay at the hospital. Shennel endured third-degree burns to over 40% of her upper body and during the early stages of her hospital admission, the doctors were uncertain if she would survive as a result of her injuries. She endured countless operations and skin grafts, and recalls the dressing changes as being the worst, “I had to lie with my arms straight out to the side for approximately six weeks”.

Shennel does not recall much of the aftermath of the incident, nor the months spent in hospital, however she does vividly remember the next 11 years of intensive treatment and rehabilitation. As she grew, her damaged skin did not, and Shennel underwent countless operations and skin grafts to stretch her skin, until the last one at the age of 18. She suffered from restricted movements, was unable to go out in the sun and in her adult life could not breastfeed due to the damage to her torso.

At the age of 19, Shennel was cleared by her surgeon and has not required any procedures since. She recalls that the teenage years were the hardest, enduring constant stares or unkind comments directed at her injuries. “Even now people still stare at me, but I can see that it is more in wonder”.

Shennel says she wouldn’t be where she is today without the support of her family, with her mum staying by her side throughout her hospital stay while her dad continued to work and care for her sisters in Port Fairy. “Mum didn’t leave my side for the next few months. She was in Melbourne for my entire hospital stay, then took me to all my follow-up appointments for the next 11 years”.

She has never been defined by her injury and is of the belief that everything happens for a reason. “My scars are a part of me, but they do not define me”. Shennel believes that this life-changing event has made her the person she is today, recognising that her experience can be used in a positive light to educate others on how to prevent burns and scalds in the home.

Now that she is a mum with a daughter of her own, Shennel has stressed the importance of educating both children and adults on the potential burns and scald risks in the home and the vital first aid treatment if the unthinkable happens. She is trained as a registered nurse, a career path that seemed like a natural progression with her desire to help people just as she had been helped.

National Burns Awareness Month is an initiative run by Kidsafe Australia in partnership with ANZBA. The campaign runs at the beginning of winter in June each year as there is a significantly increased risk of burns during winter months. A series of national educational and awareness initiatives will be delivered throughout the month to raise awareness regarding the prevention and correct first aid treatment of minor burns and scalds.